Who does MDDS affect?

Mitochondrial DNA depletion syndromes can affect both children and adults. The early-onset form affecting infants and children is most severe and often fatal in early life. The late-onset form that affects adults is less severe and disease progression is often slower.

How many people does MDDS affect?

What are the clinical features of MDDS?

Mitochondrial DNA depletion syndromes are associated with many clinical features, some of which can be fatal in childhood. The type and severity of symptoms will often depend on the particular gene that is affected. In some cases, the main clinical feature is progressive muscle weakness, which can make breathing difficult and lead to respiratory failure. The other cases the brain may be affected causing seizures, stroke-like episodes, movement disorders or developmental delay. Other parts of the body commonly affected include the liver, kidney and gastrointestinal tract and hearing loss is also a feature of some gene mutations.

What are the causes of MDDS?

Mitochondrial DNA depletion syndromes are caused by genetic errors (mutations) in genes found within the nuclear DNA. These mutations affect genes that have an essential role in the replication and maintenance of mtDNA.

How is MDDS inherited?

It is also possible for a gene to spontaneously mutate, which if combined with one parent passing on a faulty gene, may also cause disease.

Are there any treatments for MDDS?

Treatment usually focuses on managing the symptoms and providing supportive care. There is an experimental treatment in development that may benefit some patients with mitochondrial DNA depletion syndrome. This is known as nucleoside bypass therapy.

What is nucleoside bypass therapy?

There are four chemical ‘building blocks’ needed to maintain mtDNA, collectively known as deoxynucleoside triphosphates (dNTPs). If the body is unable to produce these dNTPs due to a mutation in one of the many genes that are needed to make them, this can result in mitochondrial DNA depletion syndrome. It may be possible to ‘bypass’ this shortage of dNTPs by providing deoxynucleosides, or similar building blocks known as deoxynucleotides, to some patients with mitochondrial DNA depletion syndrome as an oral medication. This may restore the supply of dNTPs required for mtDNA maintenance, which could improve some of the clinical symptoms associated with the condition.

Is nucleoside bypass therapy being used?

Based on preclinical research, nucleoside bypass therapy is being used for a small number of patients in both Europe and America on compassionate grounds. These patients have mitochondrial DNA depletion syndrome associated with the TK2 mutation, which mainly affects muscle.

Will nucleoside bypass therapy be suitable for all mitochondrial DNA depletion syndromes?

Can MDDS be prevented?

If the genetic mistakes are present, then there is nothing that can be taken during pregnancy or given to the infant that will prevent MDDS occurring.

However, once a genetic mistake has been identified, there are reproductive options that can be offered to prevent MDDS in the next pregnancy. For people living in the UK, reproductive advice can be discussed with the doctors at any of the 3 highly specialised mitochondrial disease centres in Newcastle, London and Oxford.

One reproductive option is prenatal testing. This form of prevention is only suitable for those people who would consider termination and would usually be done after 10-12 weeks of the pregnancy by chorionic villus biopsy. The gene is examined in DNA from the biopsy to see which copies have been inherited. If both faulty copies have been inherited, then termination of the pregnancy is offered.

Another reproductive option is preimplantation genetic diagnosis (PGD). This is an IVF-based technique that involves examining the gene in DNA taken from early embryos grown in the lab to see which copies have been inherited. The aim is to identify an embryo that does not carry the genetic mistakes that cause MDDS. If such an embryo is identified, it can be transferred to the womb to try and establish a pregnancy. 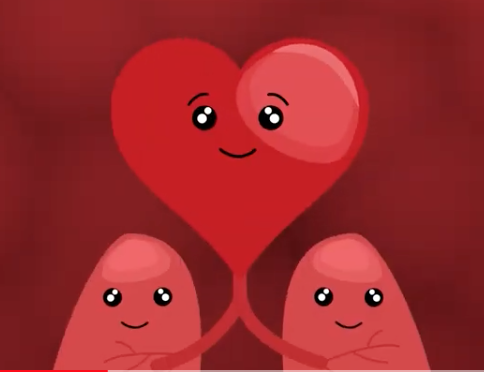